​Philip Palermo was appointed associate concertmaster of the Indianapolis Symphony Orchestra in January 1985, following in the footsteps of his father, George, who had been a member of the ISO from 1938-40. A native of Barrington, Illinois, he studied violin with his father as well as Morris Gomberg, Franco Gulli, and Dorothy DeLay. He made his concerto debut with the Chicago Symphony at age 15 and has appeared as soloist with the Pittsburgh, Baltimore, Houston, and Milwaukee symphony orchestras as well as numerous times with the ISO.

A recitalist in many countries throughout Europe and numerous parts of the United States, Palermo participates in music festivals from San Diego to Maine. He plays a 1705 Giovanni Grancino violin as well as contemporary instruments made by Tetsuo Matsuda, Jennifer Becker, and Oscar Hemmig. 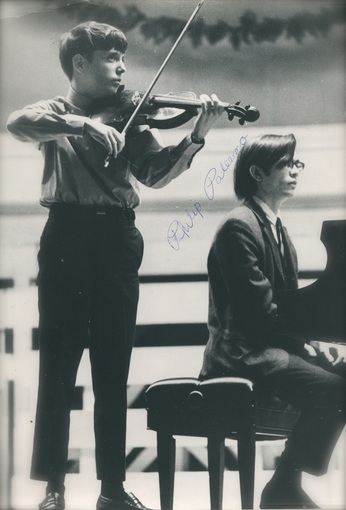